WASHINGTON — President Obama said Monday he was directing federal agencies to “ban the box” in their hiring decisions, prohibiting them from asking prospective government employees about their criminal histories on job applications.

utgers University in Newark, N.J., where he highlighted programs meant to ease the reentry of former inmates into society, Obama said the federal government “should not use criminal history to screen out applicants before we even look at their qualifications.”

It’s unclear how many federal agencies would be affected by Obama’s action. Many agencies already delay asking about criminal history until later in the hiring process, but Obama is directing the Office of Personnel Management to issue guidance making that practice universal across the federal government.

“It is relevant to find out whether somebody has a criminal record. We’re not suggesting ignore it,” Obama said. “What we are suggesting is that when it comes to the application, give folks a chance to get through the door. Give them a chance to get in there so they can make their case.”

And while civil rights groups applauded the move, many had hoped for an even more sweeping executive order. The American Civil Liberties Union called the move “an important first step,” but called on him to follow up with an order that would apply not only to federal employees, but federal contractors. Obama has used 15 similar orders during his presidency to force companies doing business with the government to raise the minimum wage, adopt non-discrimination policies and grant workers
paid time off.

While the president is with us in spirit, his administration is not yet ready to make an executive order a reality,” said Wade Henderson of The Leadership Conference on Civil and Human Rights.

White House spokesman Frank Benenati said the president prefers congressional action o
n contractors  “as the best path forward for making sure this effort will have the most significant impact and is written into law so it can last beyond this administration.”

Sen. Cory Booker, D-N.J., who is sponsoring that legislation with Sen. Ron Johnson, R-Wis., said Monday that he’s “really happy to see the president continue to push the envelope” and bring attention to the issue.

But the ban-the-box effort, he said,  “should be done legislatively, so that the stroke of another president’s pen can’t undo it.”

Obama highlighted offender reentry programs Monday in New Jersey as part of a nationwide tour to build support for Congress to overhaul the criminal justice system.

His first stop in Newark was a tour of Integrity House, a halfway house and drug rehabilitation center that gets 85% of its referrals from the criminal justice system. Meeting with former prison inmates who are now residents of the house, Obama said the center does “outstanding work with folks with addiction issues,” and said he hoped his visit would “highlight what is working” across the country.

Obama highlighted the story of Dquan Rosario, who served time in prison for drugs but then, at age 37, went back to school and is now an emergency medical technician in Newark. Obama said Rosario’s story shows it’s never too late for a second chance.

“There are people who have gone through tough times. They’ve made mistakes. But with a little bit of help, they can get on the right path. That is what we have to invest in, that is what we need to believe in,” Obama said.

This site uses Akismet to reduce spam. Learn how your comment data is processed. 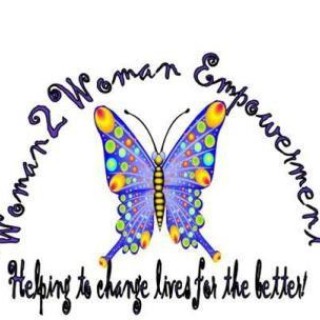